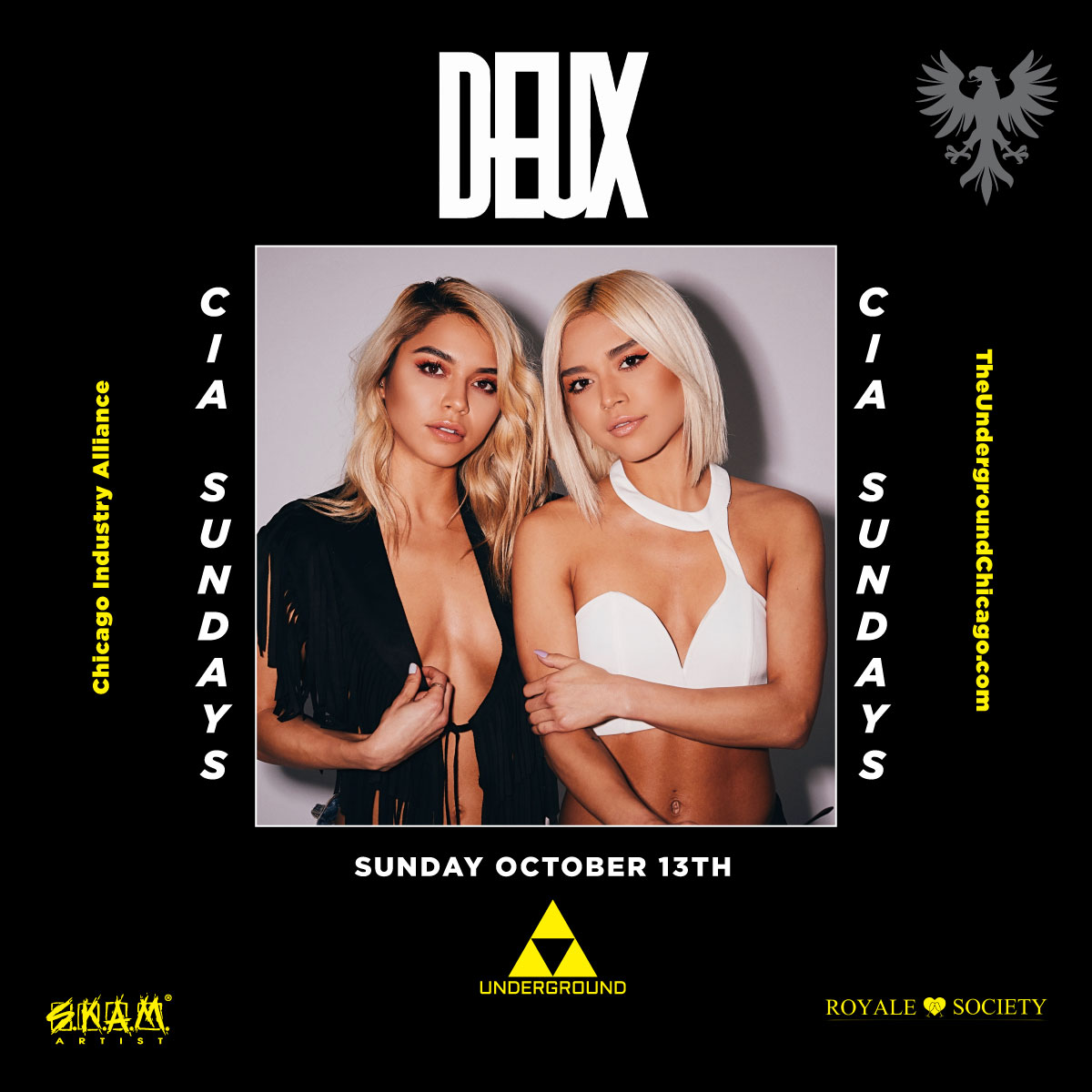 Join us for our Industry Nights with CIA Sunday’s! This week we’re excited to present the Deux twins which are made of up Los Angeles breed Brigitte and Jaimee Navarrete. Identical twin hip hop music DJ’s and producers, the duo started learning and being introduced to the music industry in early 2010 when they began interning for a pop music producer.

After beginning to learn to mix/dj, in 2012 they called themselves Deux. Booking their own studio time and learning from their peers, while also working as bottle service waitresses in several clubs in Hollywood. With a love for hospitality and hip and hop, it was in early 2015 that they decided to turn a hobby into a career. In 2016 signed to SKAM by Sujit Kundu.