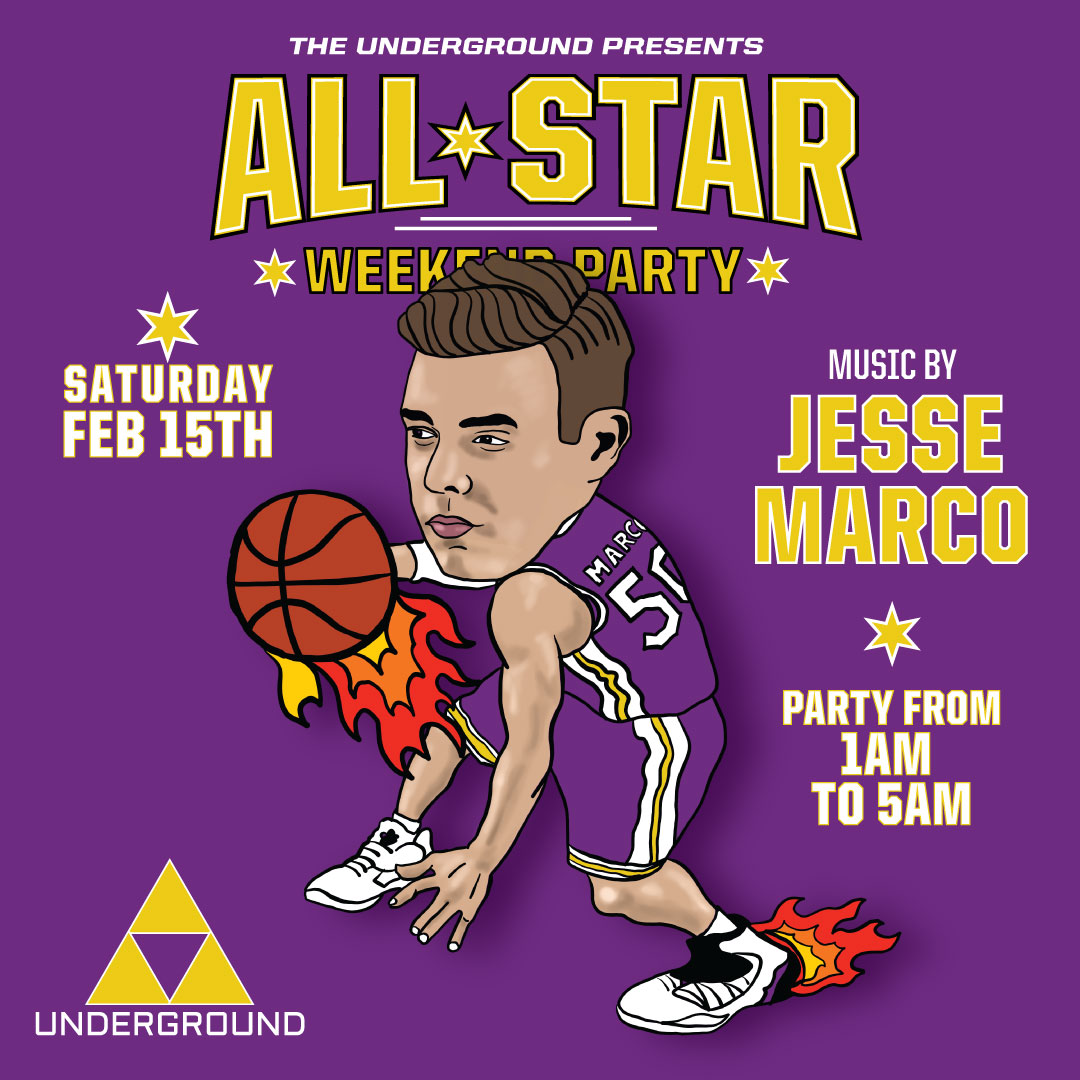 Celebrate the 69th annual NBA All-Star Weekend with the Underground! Marking the third time the game is played in the iconic city of Chicago, make sure you party at the most iconic club too!

Jesse Marco  is a DJ/producer/turntablist and model from New York City. Being introduced to the music industry by Mark Ronson and mentored by the late DJ AM, Marco now holds residencies at a number of prominent nightclubs. Additionally, Marco has played at fashion events for designers including Tom Ford, Giorgio Armani and Alexander Wang.