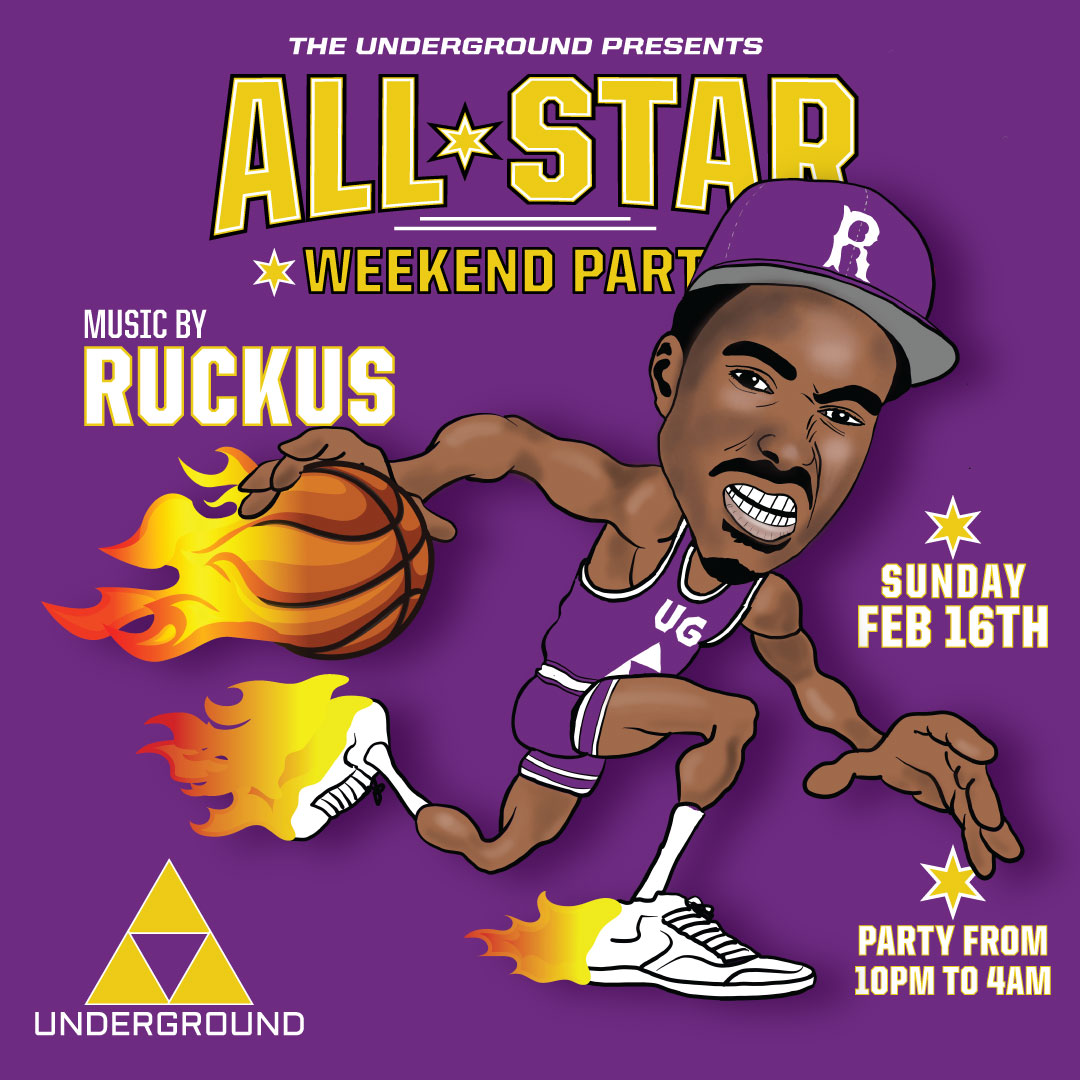 Celebrate the 69th annual NBA All-Star Weekend with the Underground! Marking the third time the game is played in the iconic city of Chicago, make sure you party at the most iconic club too!

Hailed by GQ as “the most sought after DJ in the world,” DJ Ruckus has never moved slowly in establishing himself as the premiere open-format deejay. His clientele includes a legion of loyal celebrity fans including his cousin Lenny Kravitz, Oprah Winfrey, Steven Spielberg, Naomi Campbell, and Leonardo DiCaprio. Ruckus joined Run-DMC as a touring member of the Rock & Roll Hall of Fame band.

Make Your Reservation
Back