The Chicago Tribune mentioned The Underground for Orlando DeLeon winning the EFFEN Art of Design Competition.

“Dubbed the EFFEN Abstract, the drink was created by The Underground‘s Orlando DeLeon and the Chicago South Loop Hotel‘s Josh Davis, who were strangers prior to being randomly paired as a team. Using EFFEN Black Cherry vodka as the base, DeLeon and Davis worked with the only ingredients they could score–none of which was their first choice: Thatcher’s Organic Apple Spice Ginger Liqueur, Godiva White Chocolate liqueur, limes, egg white, thyme and red pepper….” 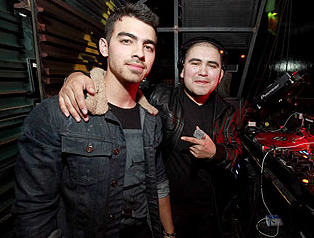 The Underground Mentioned on People.com for Joe Jonas Appearance

People.com mentioned The Underground for Joe Jonas coming to release his new single.

Joe Jonas was in Chicago for the B96 Summer Bash – but the singer made time for the club scene. Jonas partied with DJ Syphe at club The Underground, where he debuted his new dance song, “See No More,” to a packed house.