EFFEN Presents: The Winter Music Series at The Underground 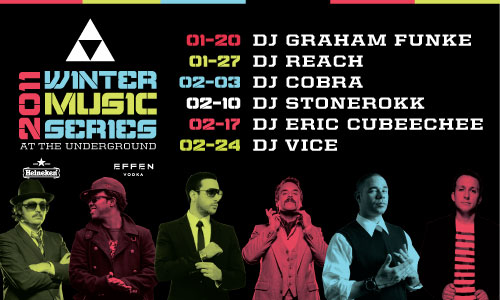 Our next music series at The Underground is gearing up to start January 20th, and continues every Thursday night through February.

If you were lucky enough to come to our last music series in the summer you may remember that the Chicago Tribune called it the “Party of the Year,” and also ranked us as the #3 celebrity hangout for the year. We’re gearing up for our next music series which kicks off Thursday, January 20th with DJ Graham Funke, one of the Captains of the Industry.

Party gets started at 10pm and goes until 4am! RSVP to [email protected]